Philadelphia, PA (June 8, 2016)  The Creative Coalition, the 501(c)(3) nonpartisan charitable arm of the entertainment industry, announces that eight time Grammy winner Fergie will perform at the organization’s gala benefit concert to be held on Wednesday night, July 27th at 10:00 P.M. during the Democratic National Convention in Philadelphia, Pennsylvania.

The charity event – which brings together leaders from entertainment, policy and business communities – features one of the most popular musicians all time.

FERGIE, an eight-time Grammy Award-winning multi-platinum solo artist and vocalist for The Black Eyed Peas, recently announced that she is putting the finishing touches on the follow-up album to her 2006 solo release The Dutchess. Her first solo album debuted at No. 2 on the Billboard Top 200 and spent 94 weeks on the chart. The Dutchess went on to sell 6.2 million copies and 28.5 million tracks worldwide and spawned three No. 1 hits on the Hot 100: “London Bridge,” “Glamorous,” and “Big Girls Don’t Cry,” as well as the Top 5 singles “Fergalicious” and “Clumsy.” In 2014, she released the multi-platinum single L.A.LOVE (la la).  Fergie also released four multi-platinum albums with The Black Eyed Peas, with whom she has sold more than 32 million albums and 60 million singles worldwide. Her highly anticipated second solo disc will be released later this year. 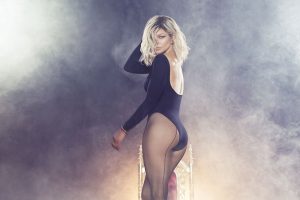